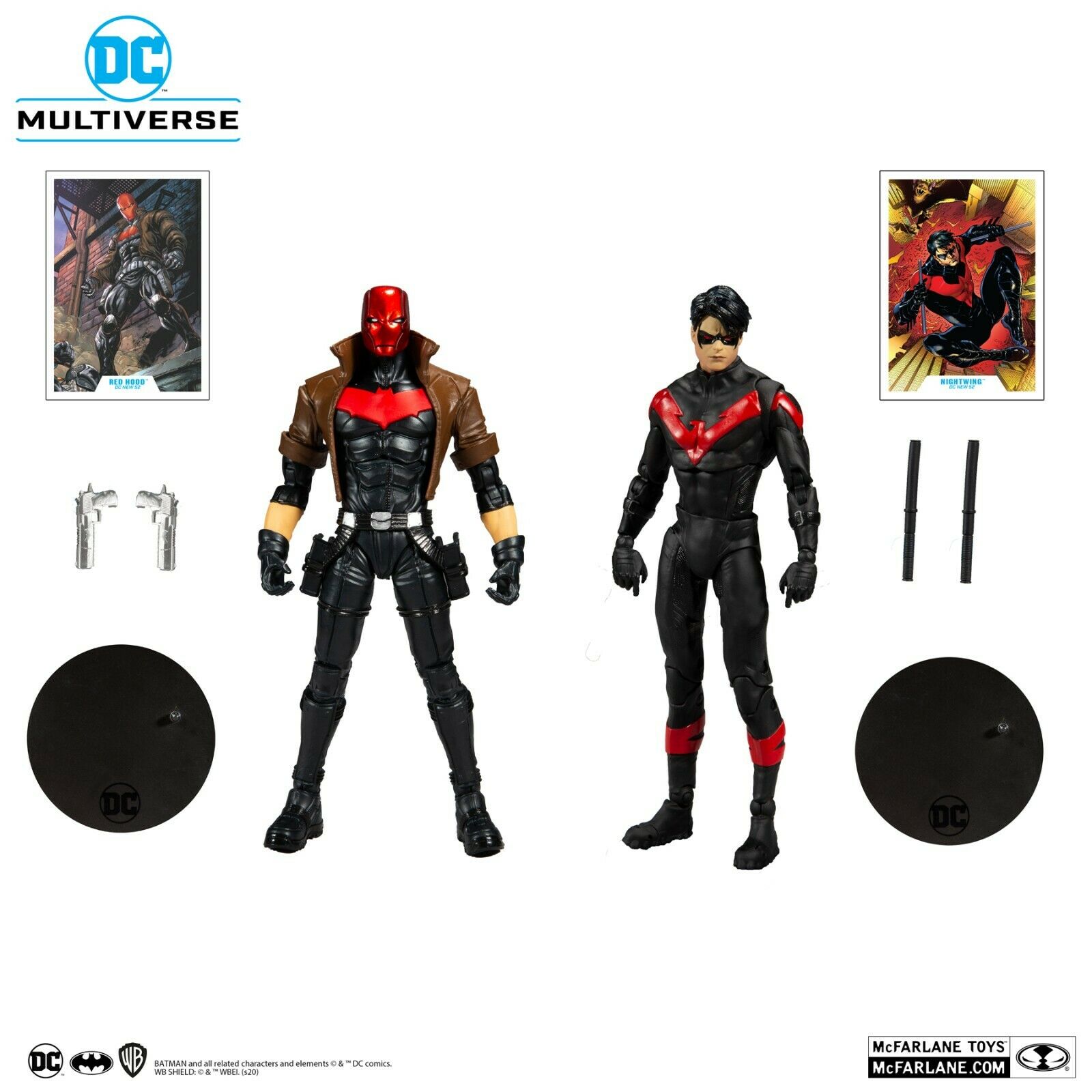 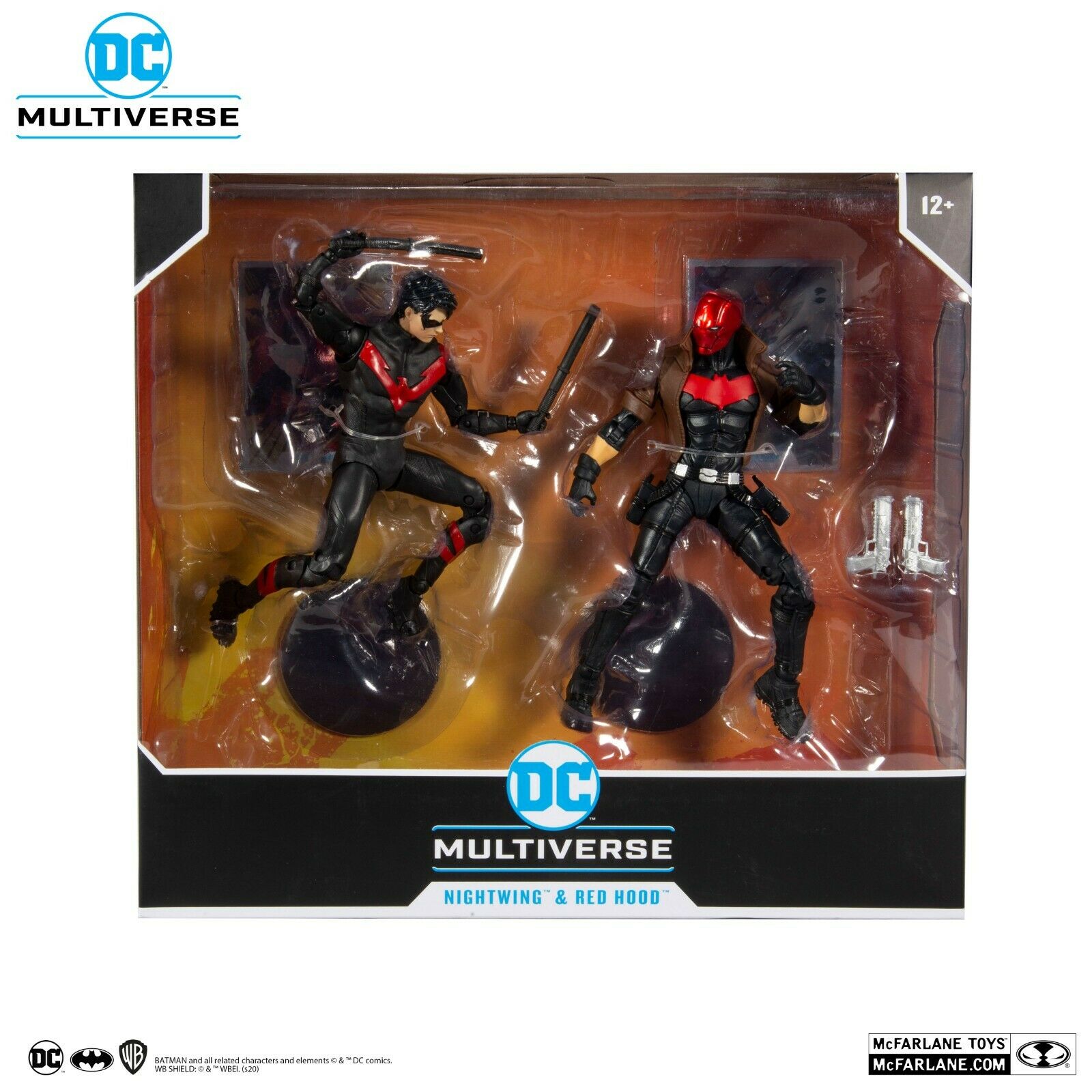 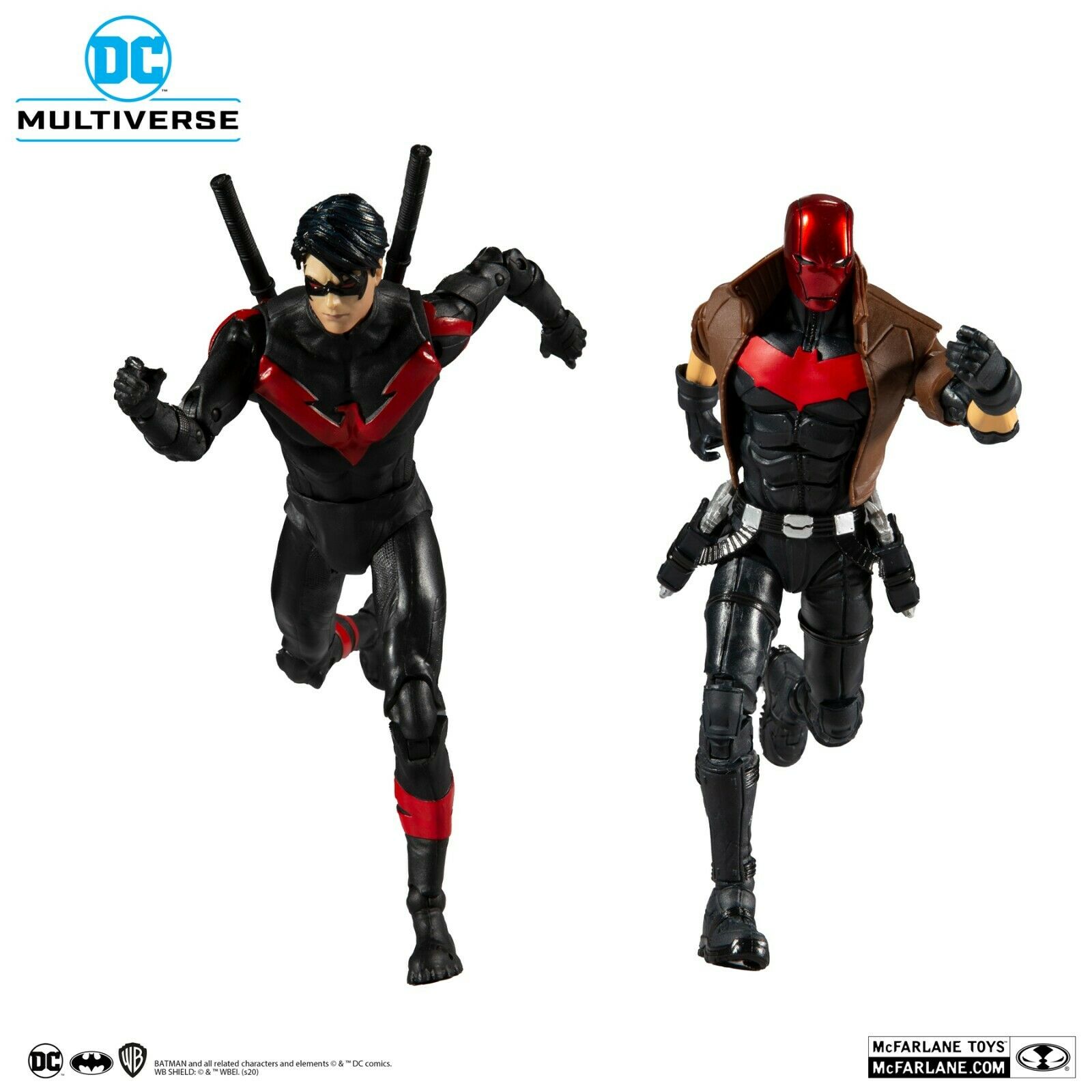 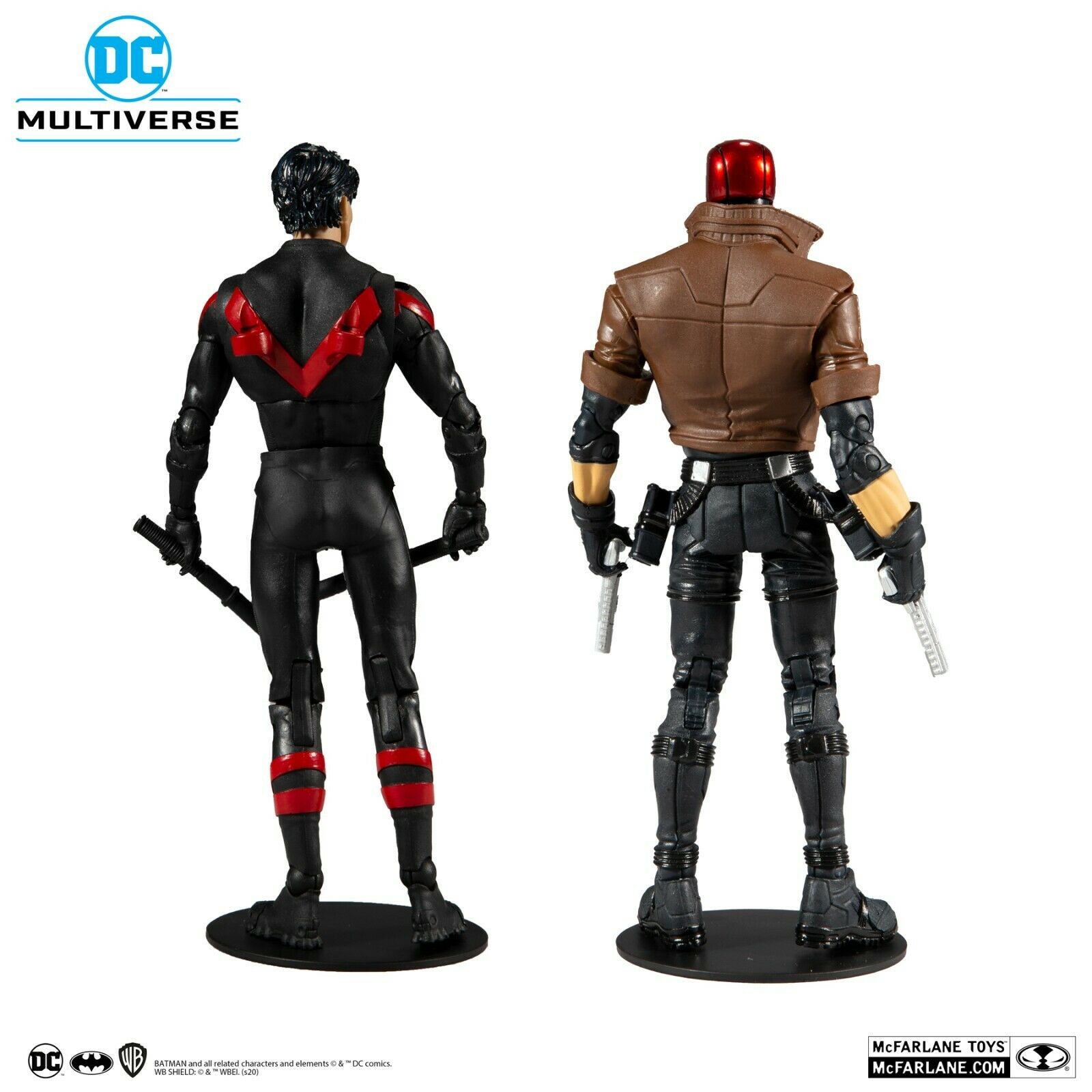 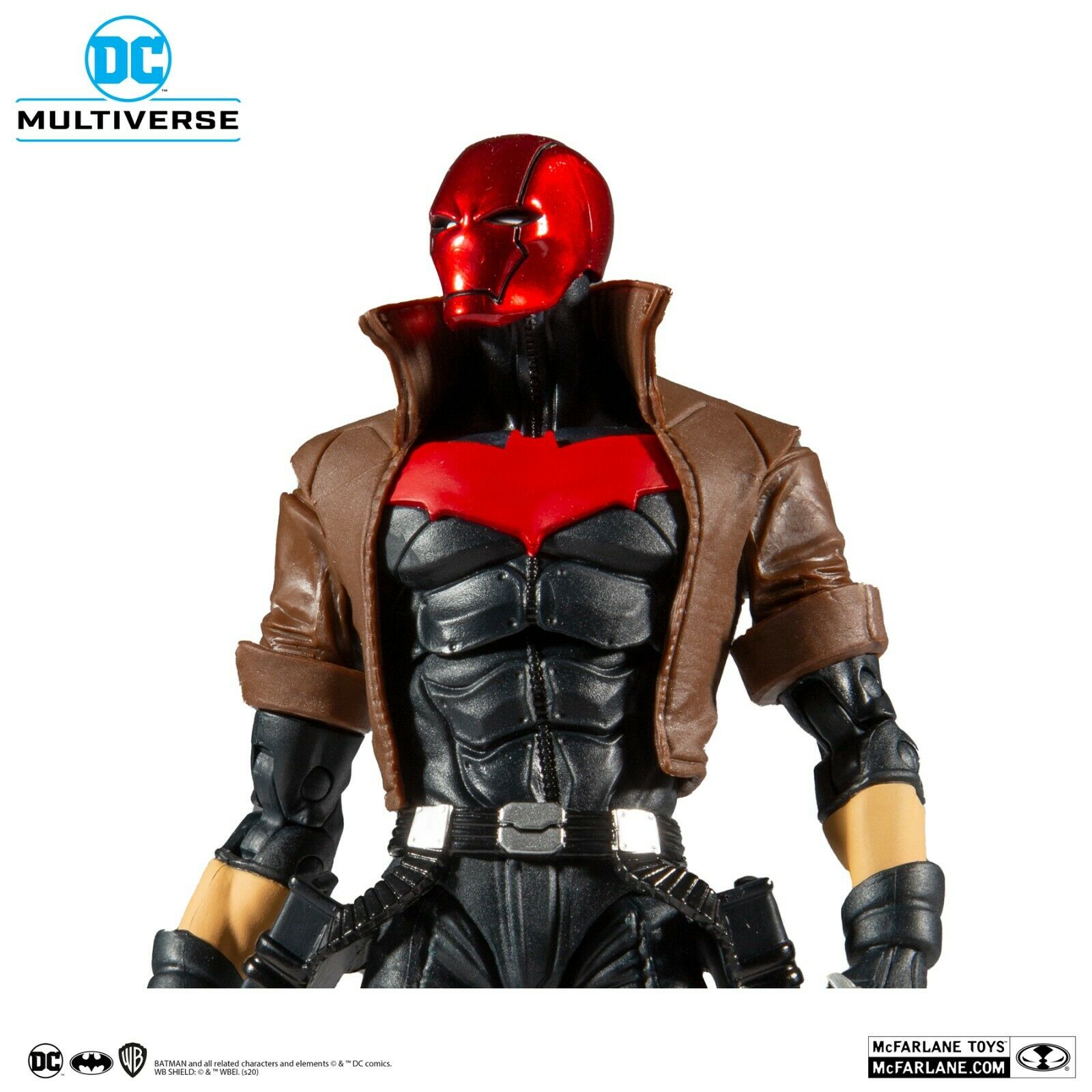 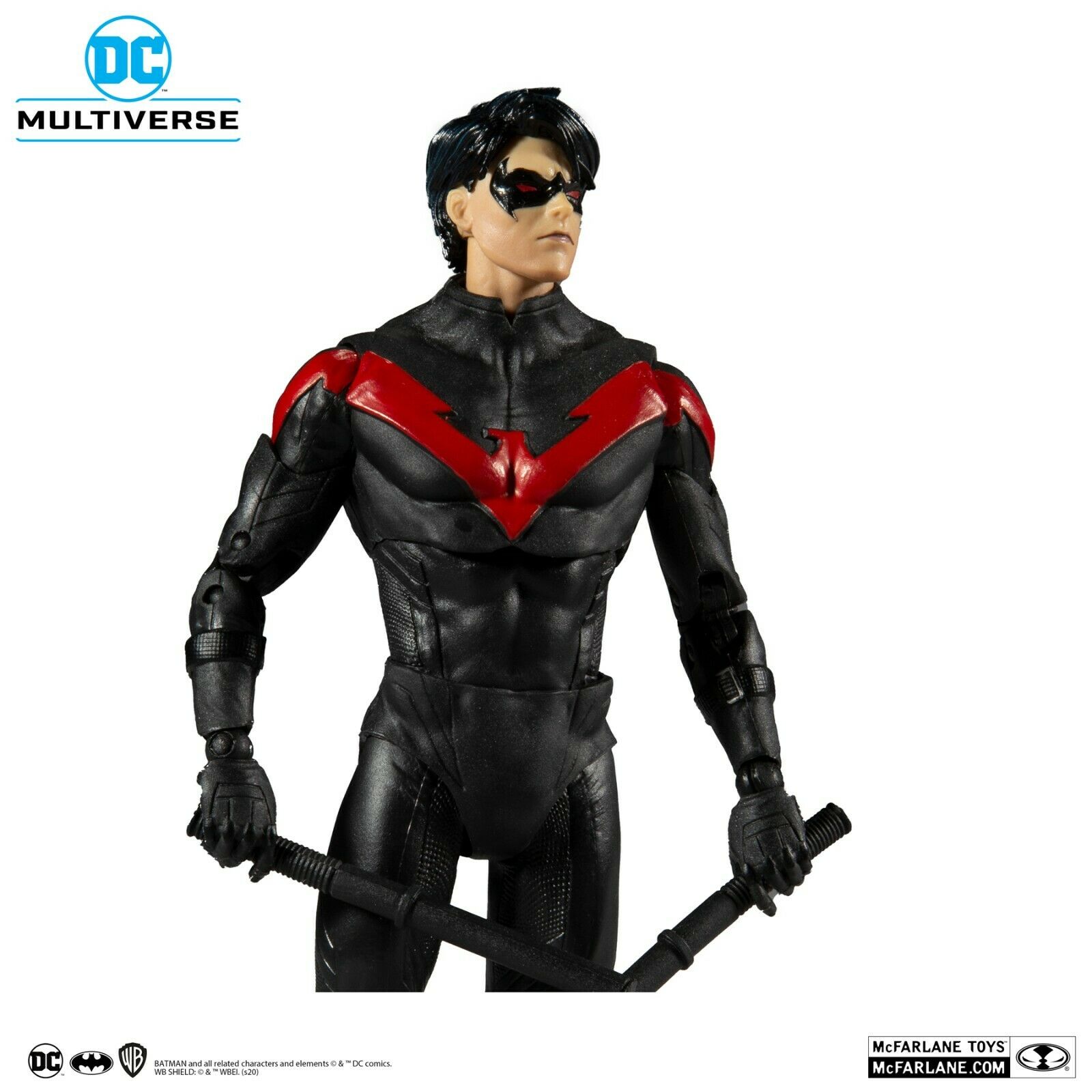 Dick Grayson™ began his crime-fighting career as the original Robin™—Batman™’s protégé and crime-fighting partner. An expert acrobat and skilled fighter, Dick eventually left the nest and ventured out on his own as a new hero called Nightwing™. His childhood experiences as a circus acrobat and trapeze artist make him extremely agile. He is a superior fighter and a highly skilled martial artist who has been personally trained by Batman™. Nightwing™ is a keen detective, a natural leader, and a strategist with advanced knowledge of a variety of technologies.

Red Hood™ is a name and identity that has been used by various heroes and villains over the years. The current and best-known Red Hood is Jason Todd™, a fierce hand-to-hand combatant and vigilante crime-fighter who was once Batman™’s second heroic apprentice called Robin™. He has a complicated relationship with both his former mentor, Batman, and the original Robin, Dick Grayson™.

Included collectable art card with Nightwing artwork on the front, and character biography on the back

Included collectable art card with Red Hood artwork on the front, and character biography on the back