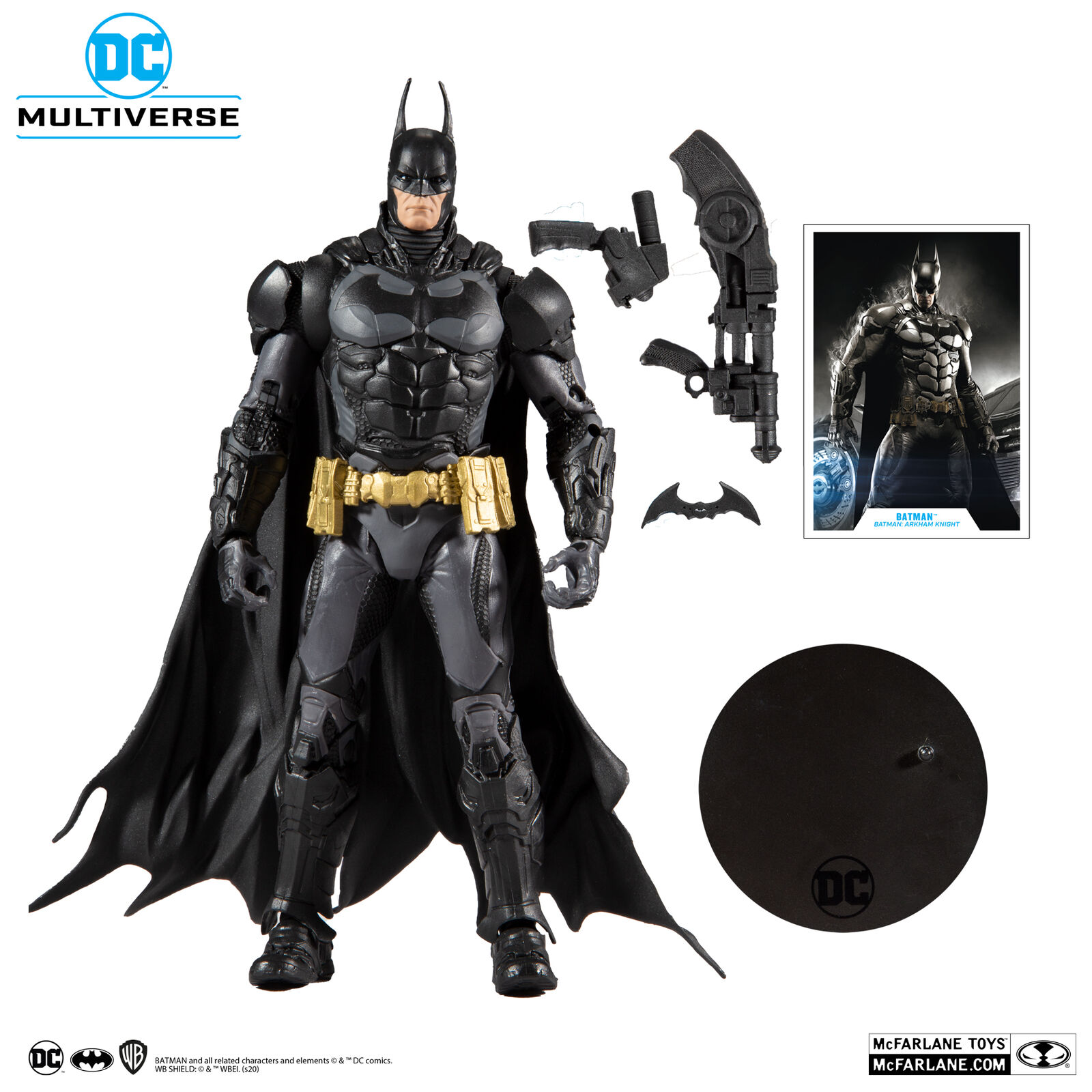 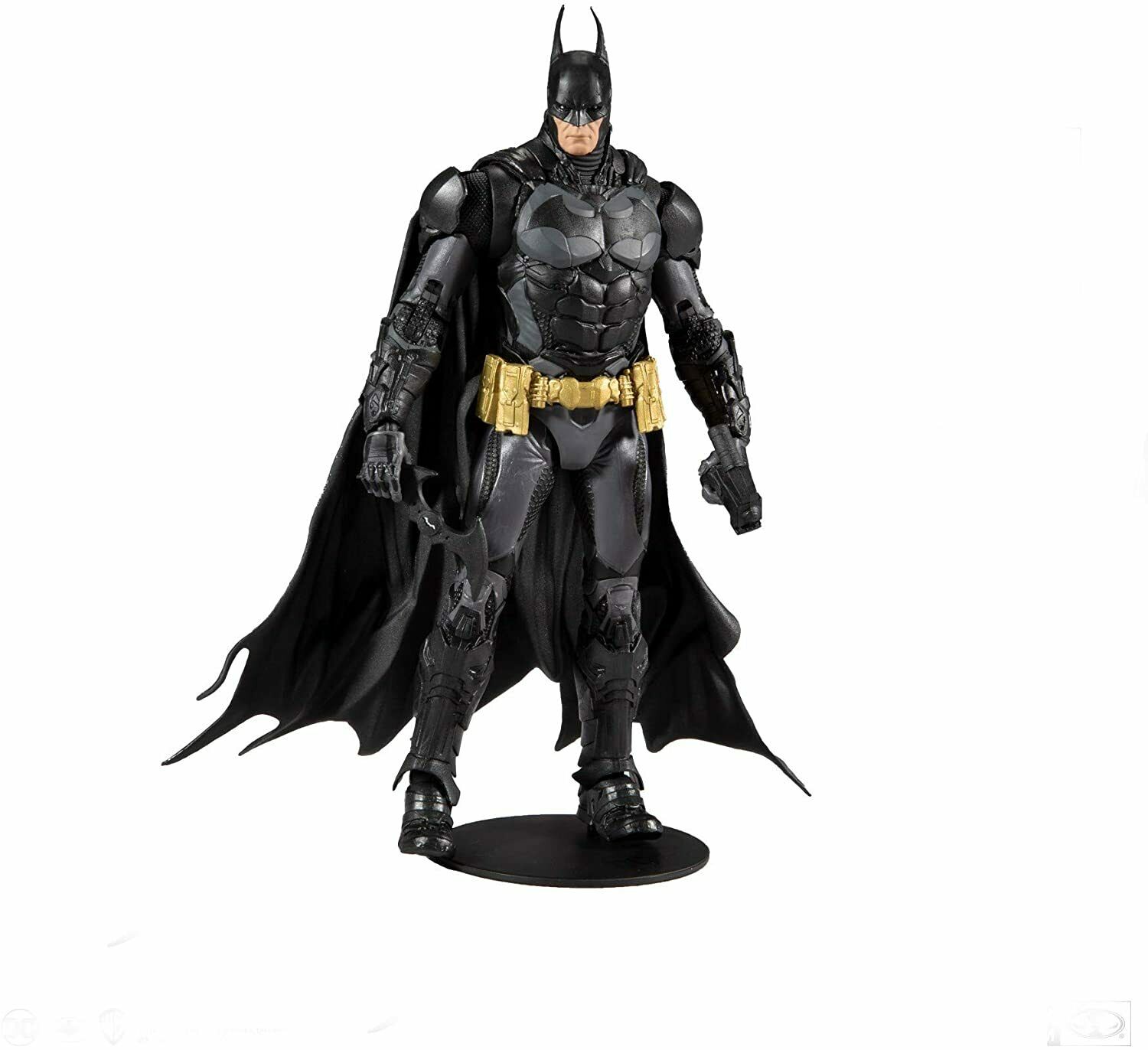 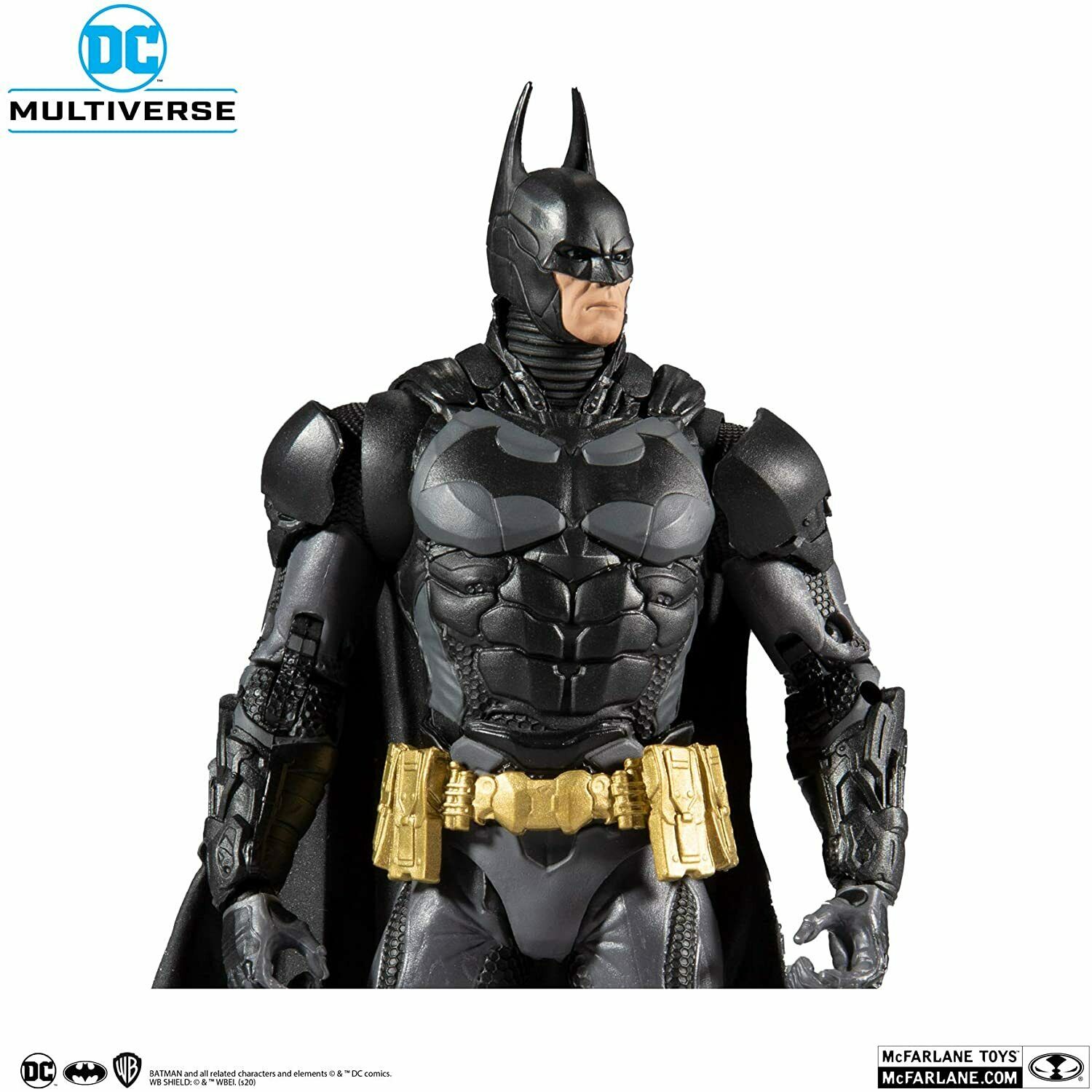 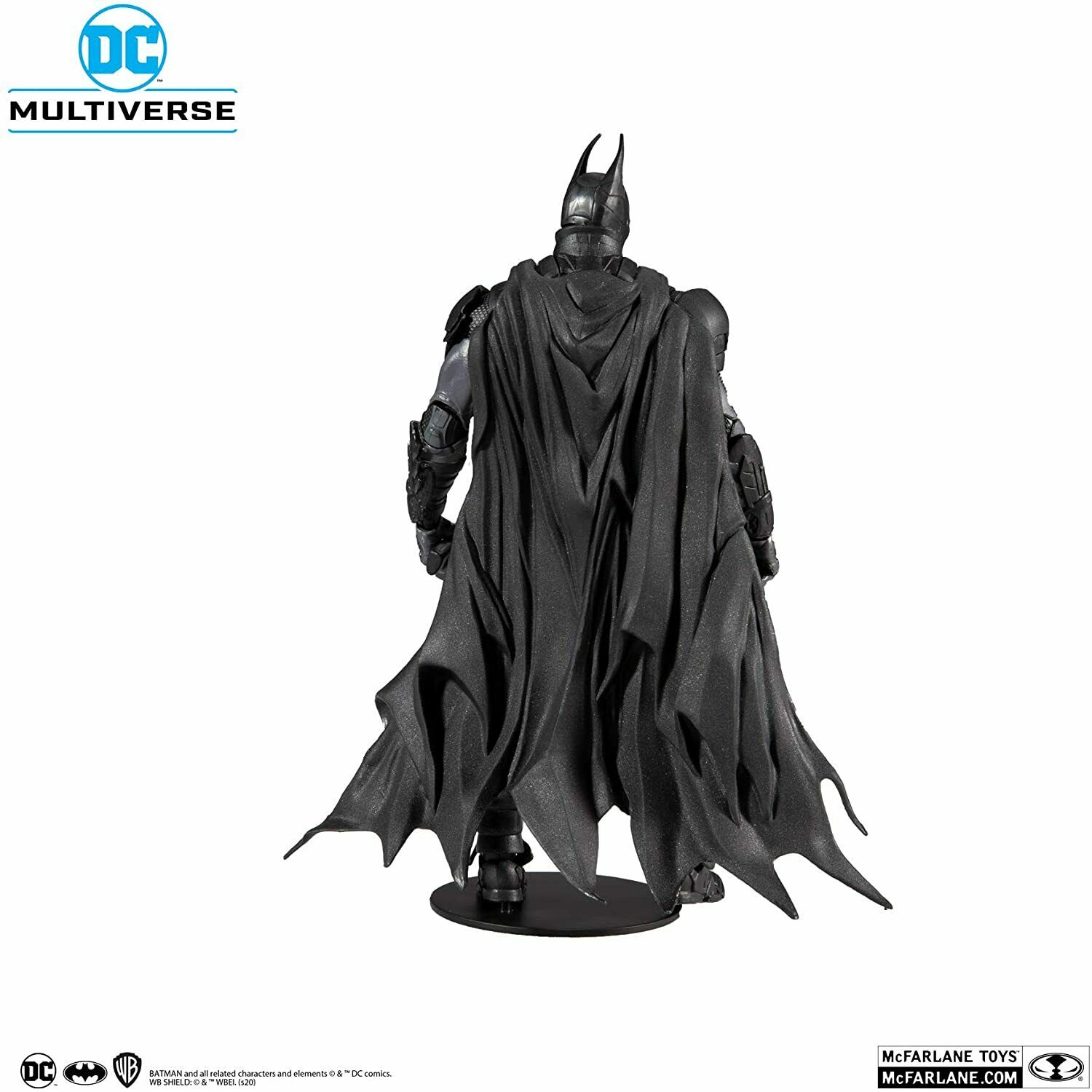 As a child, Bruce Wayne watched as his parents were brutally killed in GOTHAM CITY 's Crime Alley. Traumatized by their deaths, he devoted his life to becoming the world's greatest weapon against crime ? the Batman! To become the ultimate vigilante, the Dark Knight disciplined his mind and body to reach the pinnacle of mental and physical superiority. He's a master detective and an expert martial artist, but his greatest weapon is his mind. Batman has a plan for every occasion, as well as high-tech weapons, gadgets, and vehicles to assist him in his relentless pursuit of justice!

Batman based on the video game Batman: Arkham City

Accessories include the sword's remote electric charge, Batarang remote control, and base.

Designed with ultra articulation with up to 22 moving parts for a full range of posing and play.

Includes collectible art card with Batman from Batman: Arkham City artwork on the front, and character biography on the back.

Style may vary as ultra rare bronze Batman Chase figure could be received.