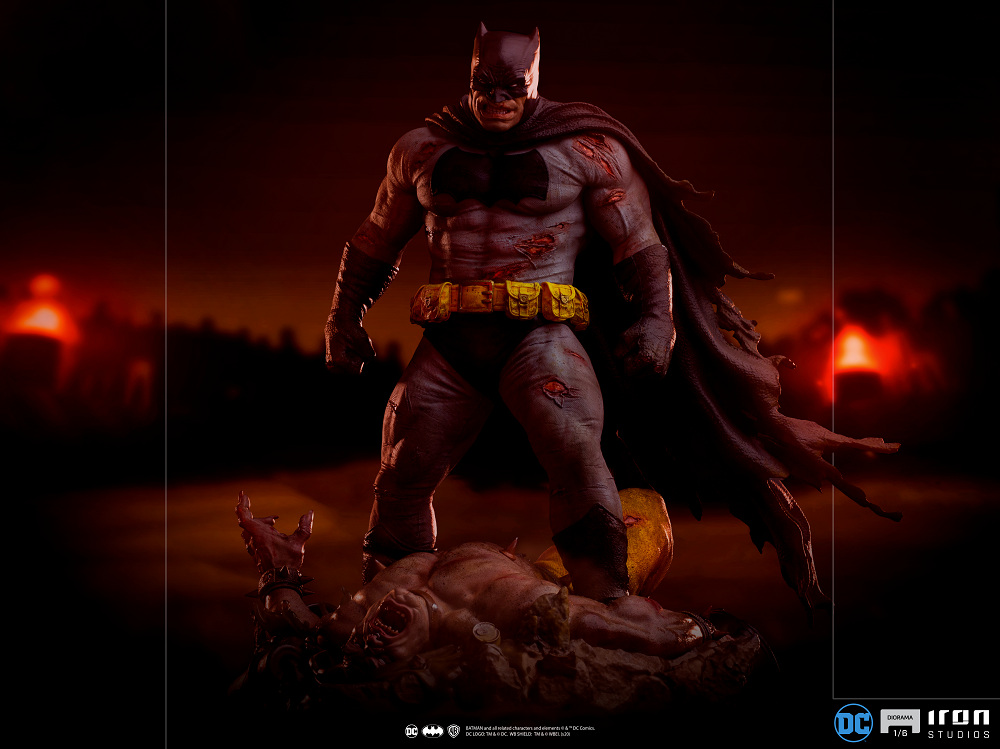 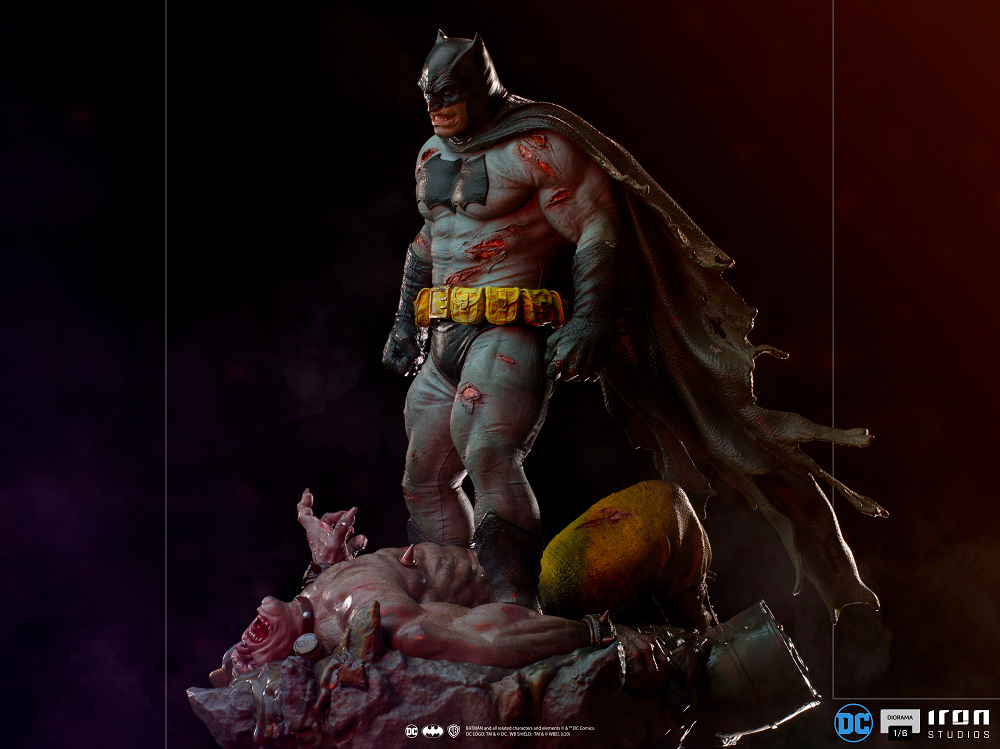 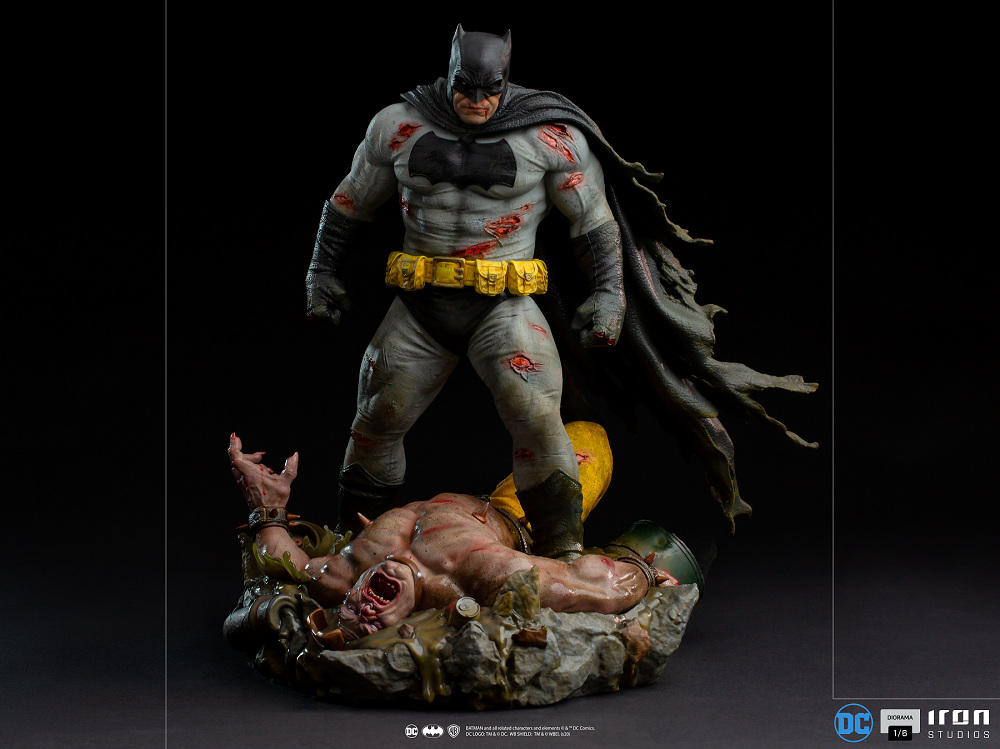 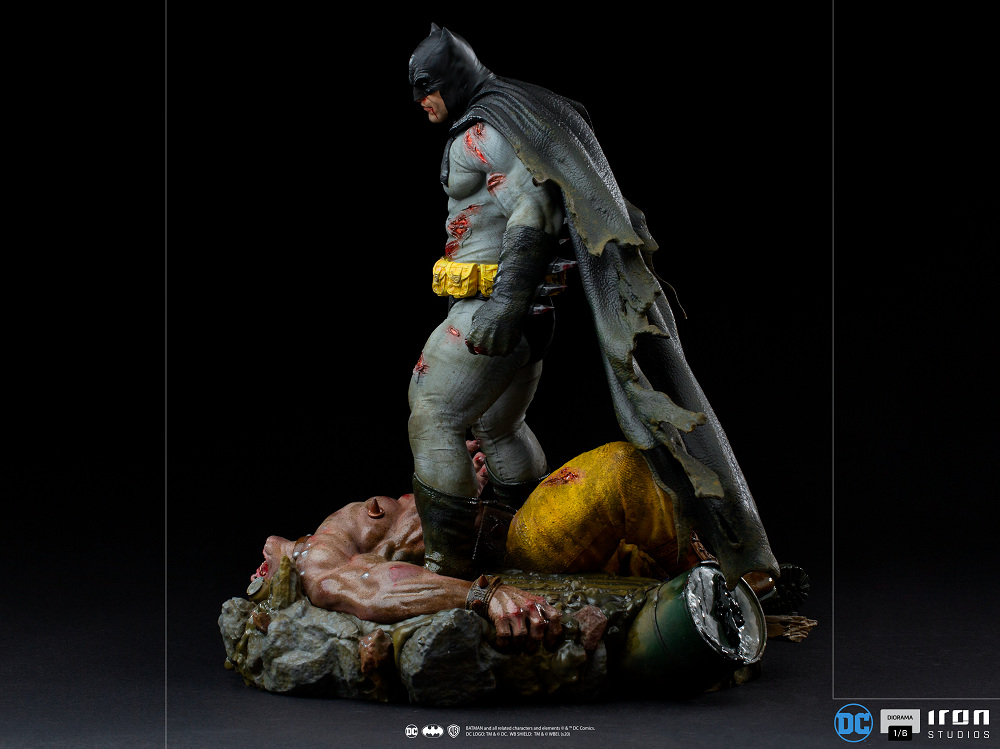 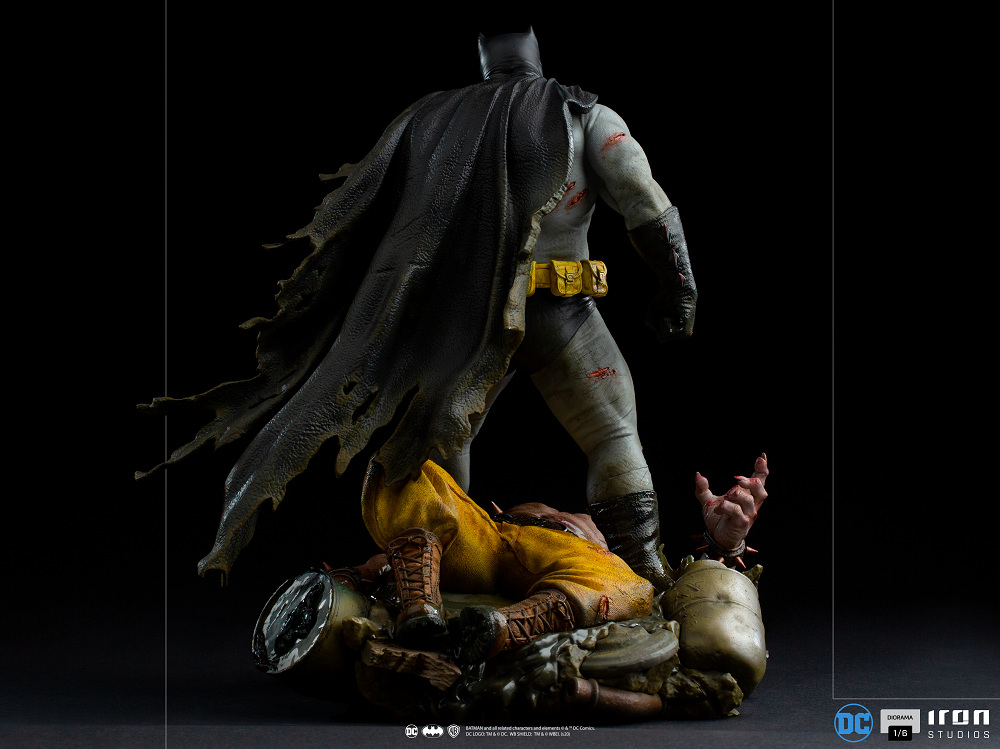 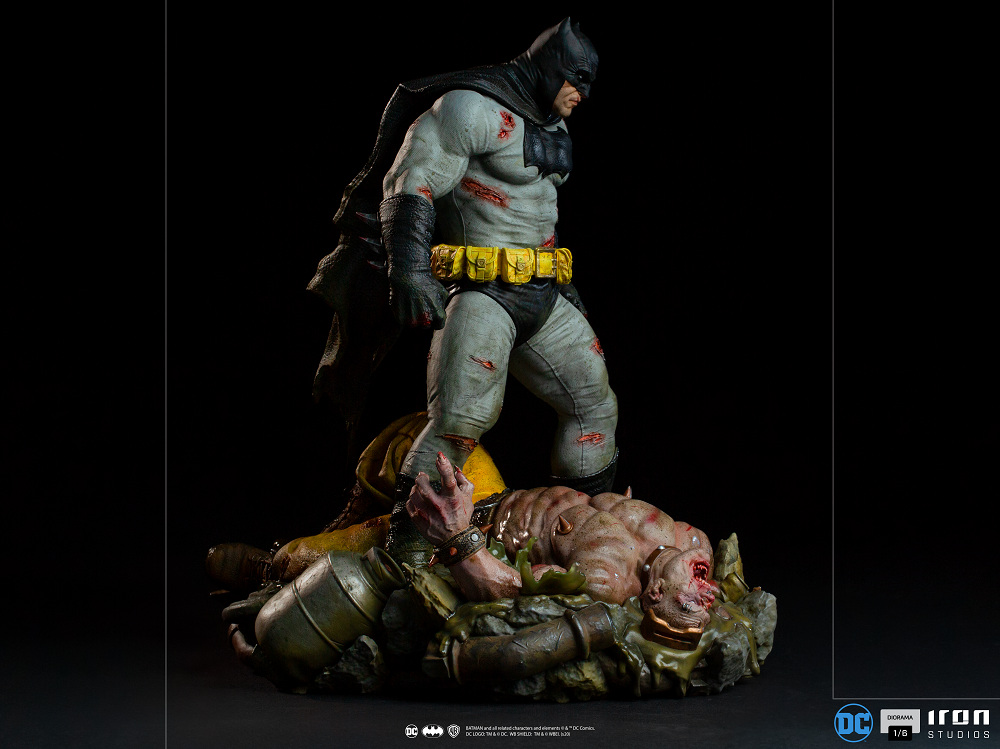 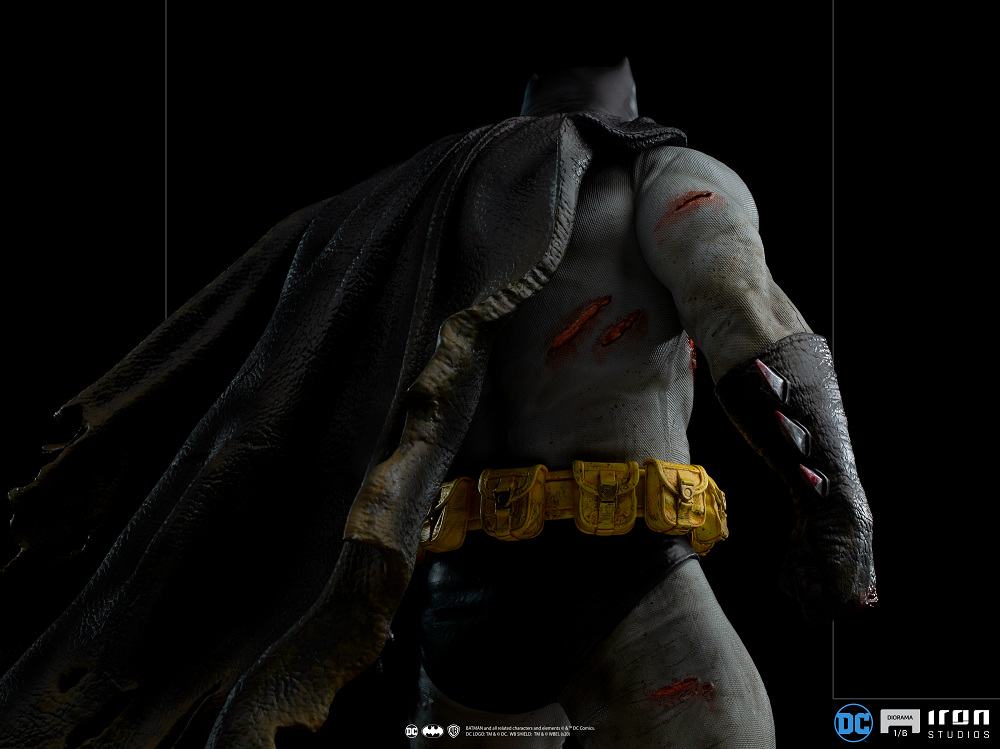 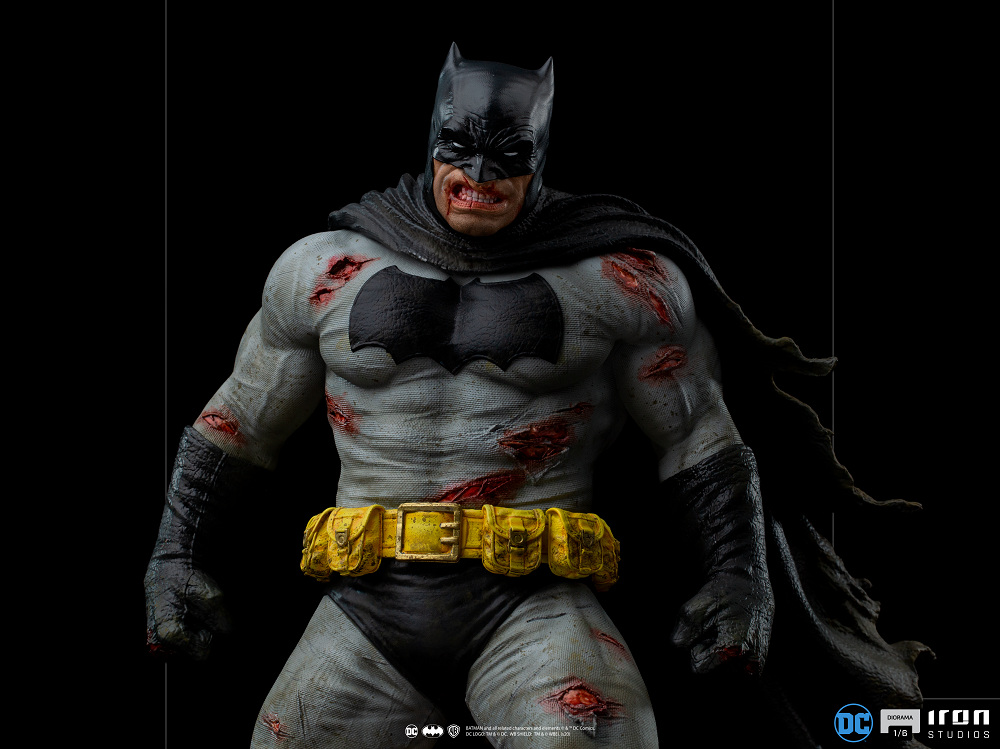 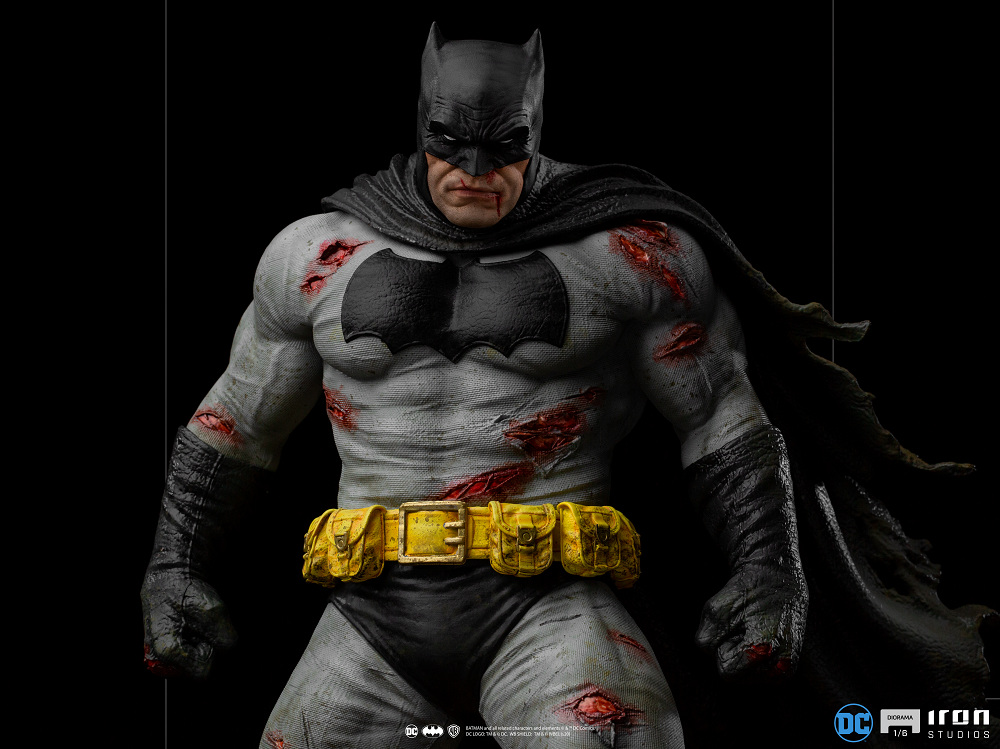 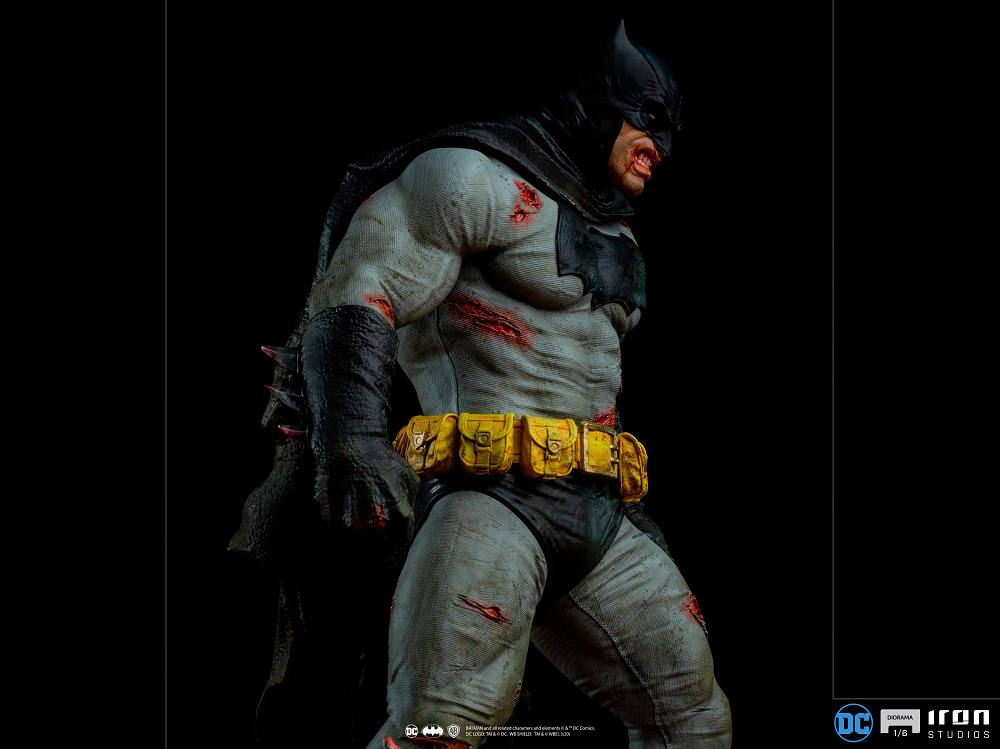 In a bleak future, a giant known as the Leader, of the so-called Gang Mutants, voracious and obsessed with violence, was responsible for manipulating the youth of Gotham to bring crime to a level of violence never seen before. He called Batman a coward and challenged him to a one-on-one fight. After a first defeat, an experienced and strategic Dark Knight chooses a mud hole as a ring for his rematch, seeking to slow the villain’s movements. Even though he is old and has just come out of retirement, and facing a bigger rival at the peak of his physical condition, reaching precise weaknesses, inflicting several serious injuries, the old Batman, even injured, comes out victorious.

Again inspired by the historic miniseries written and designed by acclaimed author Frank Miller, “Batman: The Dark Knight Returns”, Iron Studios proudly presents its “Batman Statue The Dark Night Returns – DC Comics – 1/6 Diorama – Iron Studios”, one more work of art derived from this iconic HQ in one of its most remarkable moments, featuring the triumphant Dark Knight standing on the defeated Mutant Leader on a base that replicates the peculiar terrain of combat, now in the Diorama 1/6 scale series, bringing an extra interchangeable head as a bonus.